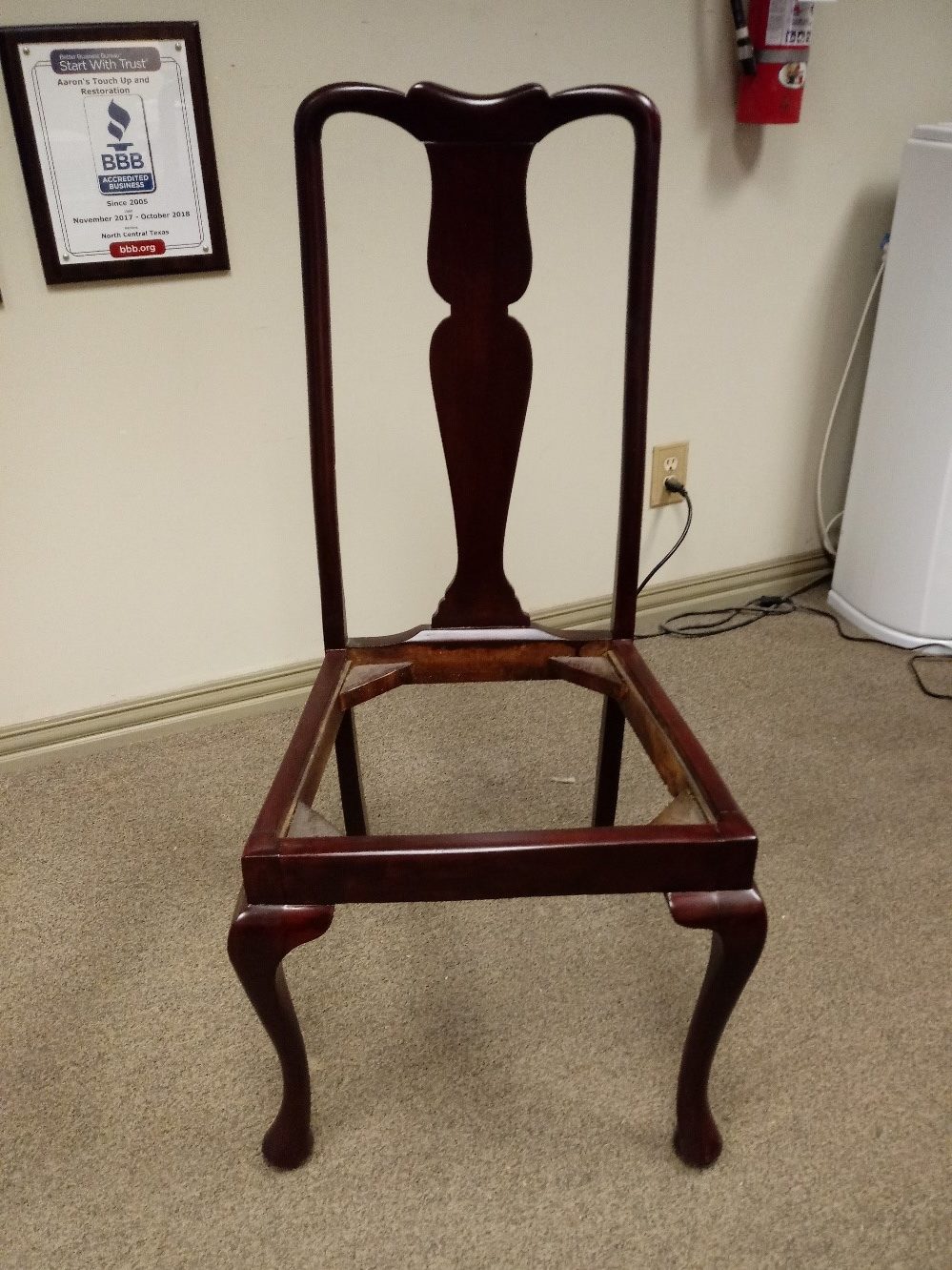 Furniture made in the Queen Anne style was originally produced in the 1720s to about 1750 (the eponymous Queen Anne died in 1714). The style traveled to the United States, where it continued in production until 1800, falling within the Colonial furniture period. It's difficult to define the characteristics of Queen Anne style furniture pieces because they blend elements from William and Mary and Chippendale furniture, the former preceding and the latter coming after Queen Anne pieces.

This monarchical furniture style is known for combining graceful lines with something that hadn’t mattered before: comfort. When looking for Queen Anne furniture styles, search for subtle decoration with curvilinear shapes. Queen Anne chairs are known for their cabriole legs, mimicking the natural curvature of an animal’s leg. As the most recognizable characteristic of the Queen Anne furniture style, the cabriole leg is the easiest way to spot a piece from this era.  Chairs typically have a single vase shaped back, as pictured below.  Another common element is the pad foot, the rounded foot or flat disk at the end of the cabriole leg and other furniture.

What Kind of Wood Was Used in Queen Anne Furniture?

In true early American furniture, Queen Anne furniture styles were typically made in walnut because of trade.   Some pieces used cherry or maple but by the middle of the 18th century, Carribean imported mahogany became common.  Secondary pieces often used different varieties of wood including pine, ash, beech, tulip, and cedar. If a major piece doesn’t match the rest of the wood, that may be a clue that the entire piece isn’t original.

There are many Queen Anne-style furniture pieces out in the furniture market, some from the original few decades of popularity and others from a revival in the late 19th century. While these revivals are still valuable, there are slight differences from the original Queen Anne furniture’s characteristics, with more restrained decorations and simple, straight lines.

If you’re interested in restoring a Queen Anne piece, make sure it’s authentic with the help of a furniture or restoration expert.  We can help you verify its authenticity and assist in the refinishing process.

Queen Anne furniture made its mark on furniture styling but was eventually eclipsed by Chippendale furniture. You will still see touches of both styles in modern formal furniture design; cabriole legs and pad feet are still very functional and popular. Traditional furniture will not go out of style, and you will likely see Queen Anne influence for many years.

Read More About Our Work