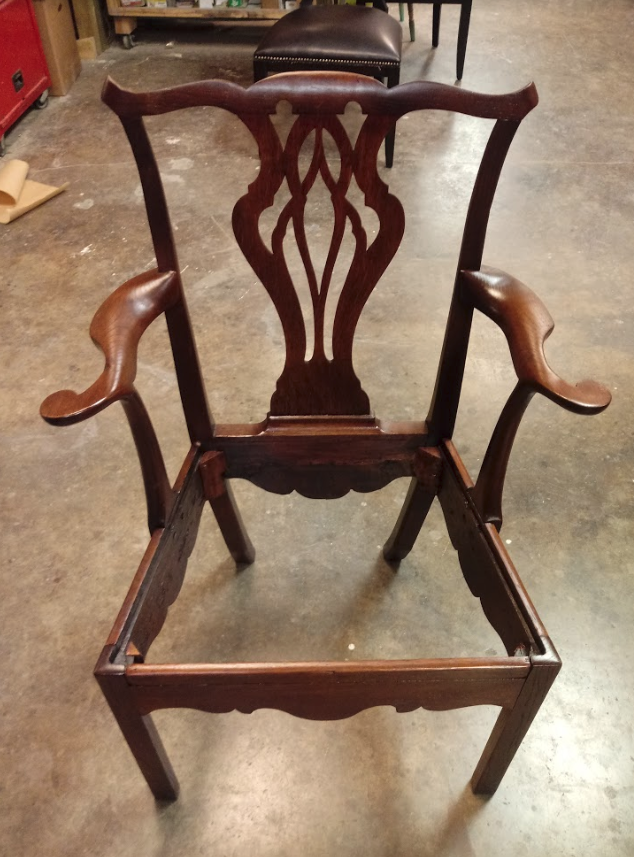 Thomas Chippendale, a cabinetmaker from London, created one of the most famous furniture styles in the last three centuries.  Chippendale furniture combines gothic, Rococo, and Chinese influences to create a design motif that has gained popularity throughout the world.

History’s initial wave of Chippendale furniture enjoyed popularity from 1750 to 1780, but there have also been various revivals of the design in the United States and the United Kingdom over the past 250 years.

Thomas Chippendale’s furniture style became famous in his time after his work was published in The Gentleman and Cabinet-Maker’s Director, a workbook with instructions for constructing various furniture pieces. Chippendale furniture characteristics are similar in style to the Queen Anne style from several decades earlier, but there are some important differences.

The highest quality Chippendale chairs, tables, cabinets and other pieces, used mahogany. This reddish-brown hardwood is durable and fantastic for carving.

The originals from the 18th century made from mahogany are quite hard to find, but there are modern replicas with Chippenale furniture’s familiar characteristics that still use this wood. Lesser pieces and reproductions are often made from other woods, including maple, cherry, and walnut.

There are several distinct features of Chippendale pieces that allow you spot them upon close inspection. If you are looking for basic guidelines on how to identify Chippendale furniture, keep an eye out for pointed arches, S-shaped curves, and wooden lattices. There are several common elements among pieces, including the following leg styles.

American cabinetmakers frequently used the ball-and-claw foot in their Chippendale designs. British craftsmen were already past using the style, so they are less frequent in antique British Chippendale pieces.

You can also find the following characteristics in Chippendale furniture.

The Influence of Chippendale

Reproductions of Chippendale furniture were produced until the beginning of the 20th century during until the end of the Victorian period. While these pieces are still valuable, they will not have the intricacy nor do they command the premium of antique pieces from the 18th century.

Chippendale’s influence is still be found in modern furniture design. Cabriole legs and ball-and-claw feet are found in formal furniture around the world.

If you are interested in refinishing or reupholstering a Chippendale style furniture piece, get the opinion of an antique furniture expert at Aaron's Touch Up. You may be able to restore a piece and add exponential value to your antiques.

How to Identify Different Types of Wood in Antique Furniture

Our Favorite Fabrics This Season